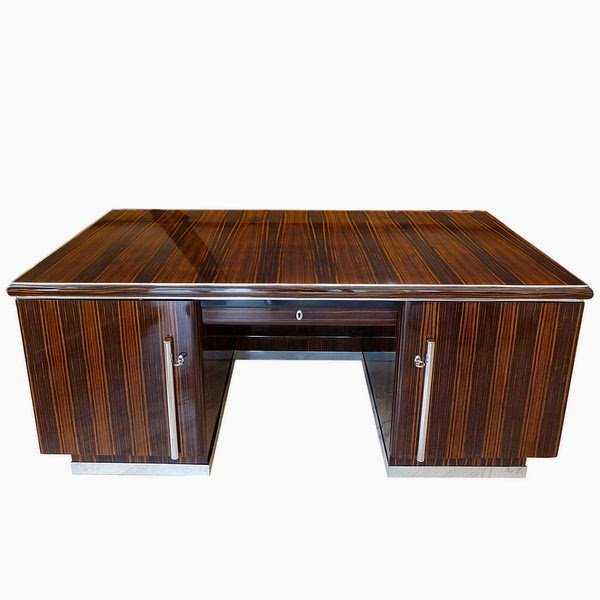 Bruno Paul (1874 – 1968) was a renowned german architect, furniture designer and cartoonist.
(more details about his life and activity here: http://en.wikipedia.org/wiki/Bruno_Paul )

We love Bruno Paul’s design, with its clean straight lines, especially that he used a lot the wood we like the most: the macassar wood. We are always looking for macassar wood items and we still have in our inventory some items designed by Bruno Paul. 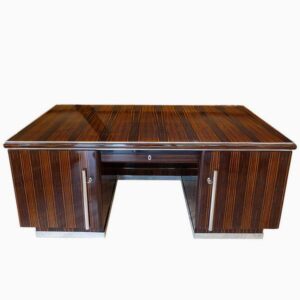 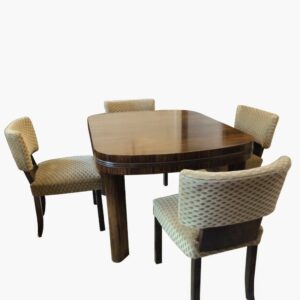 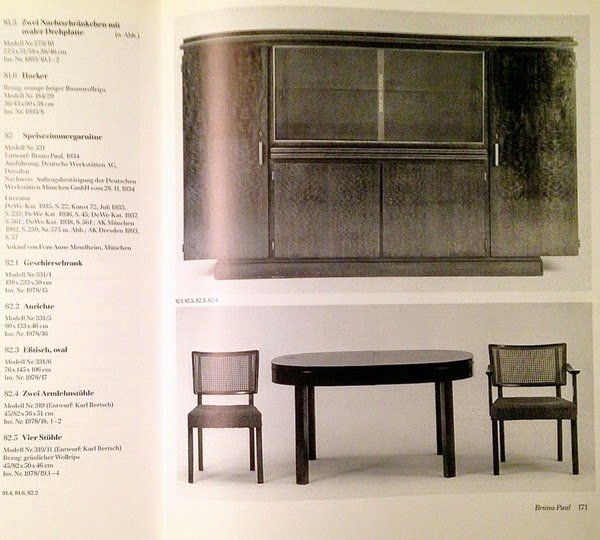 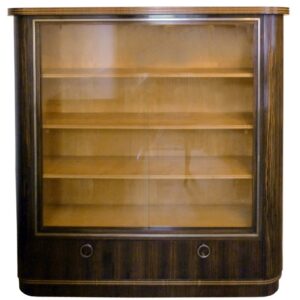 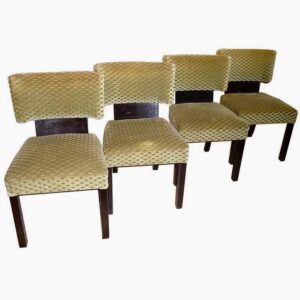 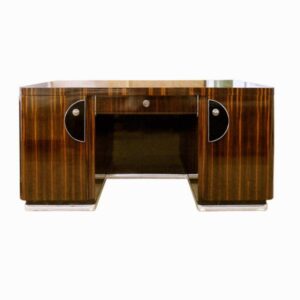 Bruno Paul, architect, furniture designer and cartoonist, began his art training in 1886 at the Kunstgewerbeschule in Dresden. In 1892 he moved to Munich to finish his studies at the Munich Art Academy.
In 1897 Bruno Paul was a co-founder of the Munich Vereinigte Werkstätten für Kunst im Handwerk along with Bernhard Pankok, Hermann Obrist, and Richard Riemerschmid. Bruno Paul’s furniture designs clearly reveal the influence of Henry van de Velde whereas his metal objects are notably based on simple geometric forms.
From February 1897 contributed satirical drawings and cartoons Bruno Paul on a regular basis to the magazine “Simplicissimus”, founded by the publisher Albert Langen and the painter Thomas Theodor Heine in Munich in 1896 and modeled on the French “Gil Blas illustré”. A weekly, “Simplicissimus” grew increasingly satirical with time and Bruno Paul’s drawings became more biting.
By 1906 Bruno Paul had produced about five hundred cartoons. By 1905 Bruno Paul had also designed several interiors for exhibitions as well as the waiting room of Nuremberg Main Train Station. Bruno Paul’s formal language is less ornate than that of Bernhard Pankok or Hermann Obrist. In 1906 Bruno Paul was appointed head of the “Kunstgewerbeschule” in Berlin. Bruno Paul’s first architectural commission was to design “Haus Westend” in Berlin in 1907-08, followed by other commissions for buildings. In 1907 Bruno Paul was a co-founder of the “Deutscher Werkbund”. At the 1914 Werkbund exhibition in Cologne, Bruno Paul was represented with three buildings: the “Gelbes Haus”, the “Weinhaus”, and a “Beer Hall”. In 1924 Bruno Paul became director of the “Vereinigte Staatsschulen für freie und angewandte Kunst” in Berlin. In the years that followed this appointment, Bruno Paul achieved international recognition, notably for designing Macy’s department store in New York (1925).
As for so many other artists, the year 1933 marked an ominous break in Bruno Paul’s career. Deprived of all his official posts by the Nazis, Bruno Paul nonetheless manage to continue working as a freelance architect and designer.