Charles Murat – a jeweler in the nineteenth century

About Charles Murat and Maison Murat we didn’t know to much information… until one day, when we acquired a beautiful, funny egg-holder, which made us curious. 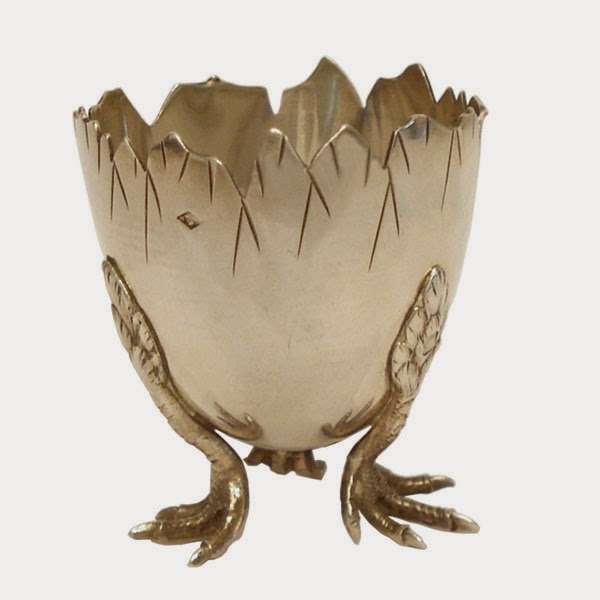 This egg-cup is so beautiful and fine chiseled that we had to know more about the author!

Charles Murat started his career by manufacturing jewellery and gold-plated wares.
Murat, with his premises at 62 rue des Archives and 1 rue des Grands Chantiers in Paris, registered his first sponsor’s mark on the 18th of February 1851. He was manufacturer of chains, bracelets, rings, etc.

By 1900 the Maison Murat, at 62 rue des Archives, was an important business, and a large part of its production was silverware, cutlery and silver tableware, including tumblers, napkin rings, cups for coffee, tea and chocolate, etc. The firm was active until about 1900, when a number of its flatware patterns were bought by Olier & Caron.