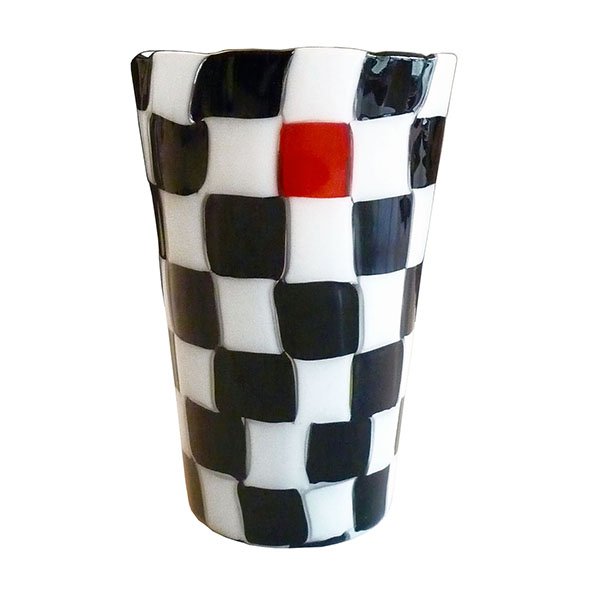 We are glad to present in our gallery the complete VVV Vintage collection, comprising seven beautiful vases: VVV, Smoking, Asimmetrico, Gessato, Grenadine, Marte and Frisage. These vases belong to the first editions of the VVV , not its partial reedition of 2010. Most of the items are accompanied by the Certificate of Origin issued by Venini, some of them still have their original boxes. 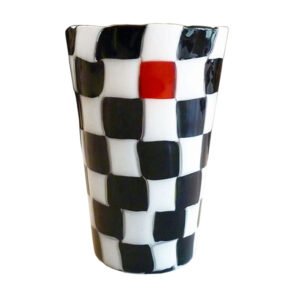 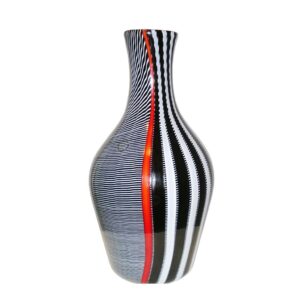 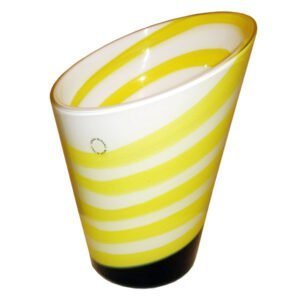 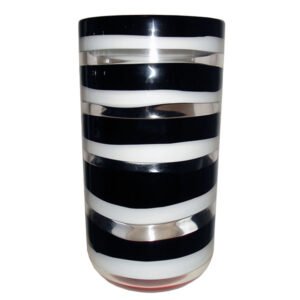 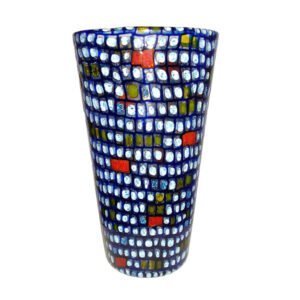 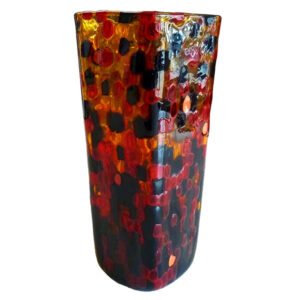 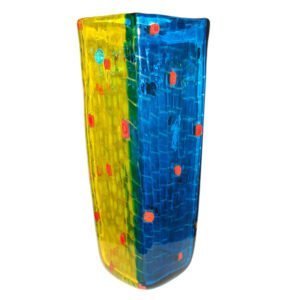 I guess everybody on Earth know who was Gianni Versace! He became a legend and legends are told from one generation to another. I am not gonna talk about his fashion today, but about a side of his artistic personality of which not everybody are aware –  Gianni Versace as glass designer.

As an art lover, Gianni Versace has collected art for a long time and his mansions in Miami or New York could be easily considered as museums! Being contemporary with such big artists as  Roy Lichtenstein or Jean-Michel Basquiat makes the Versace collections a true prove of living art history.

“Gianni Versace’s home in New York is a sanctuary of sophistication,” commented Elaine Whitmire, Senior Vice President of Sotheby’s New York in 2005. Following Sotheby’s highly successful sale in 2001 of Mr. Versace’s art and furnishings from his Miami home, Casa Casuarina, this sale will present collectors with a unique insight into his New York lifestyle and brilliant taste. He filled his magnificent Upper East Side, New York townhouse with Contemporary paintings juxtaposed by neoclassical European furniture. The impressive collection of beautiful Italian glass, some of which Mr. Versace designed himself, and 19th century paintings are further complemented by suites of contemporary upholstered furniture, many in Versace signature prints.

In addition to clothing, the designer expanded his brand into other directions. He launched his classic Signature fragrance line in 1991 and his line of furniture and home goods in 1993.

Versace developed strong relationships with a number of stars and supermodels, including Elton John, Madonna and Naomi Campbell. As Anna Wintour told The New York Times, Versace “was the first to realize the value of celebrity in the front row, and the value of the supermodel, and put fashion on an international media platform.” (http://www.collectorsweekly.com/user/SEAN68/gianni-versace-1946-1997).

Versace’s friendship with Elton John started around 1984, when the two titans have finally met. Gianni Versace, who was passionate of rock, used some of the Elton John’s hits of the 70’s in his runaway shows. Elton John is a fervent buyer of the male Versace collections, he is often coming in the London Versace’s boutique, but one day he came to Milan where, by chance, Gianni Versace was in the store. They sympathized each other instantly and like this it started a long and beautiful friendship. Elton feels Gianni so close to Gianni as he starts being his guest for long time at his Villa Fontanella, and I must tell you that never ever Elton John has been nobody’s guest!

Lead by similar passions, the two are going shopping together, buying everything, clothes, furniture, even art or antiques. Gianni is taking Elton to Burano, at Olga’s, to buy antiques. Elton is taking Gianni one day to visit the Murano glass makers, Venini, Seguso and Barovier, Gianni is conquered by the art of glass blowing, so, few years later he signs a contract with Venini for his Home Collection.

The first vases made by Venini to Versace was V.V.V. Vintage Collection, which features a classic design, highlighted by the checkered black and white crystal mounted using Pezzati technique. Chromatic combinations are vibrant and exude the sophistication of Italian design. The white and black were also used in the striped pattern, with a touch of red that captures the attention of the eyes and graces the Smoking and the Gessato vases.
During Milan Design Week 2010, the Italian fashion house Versace announced a historic partnership with the Venini company. 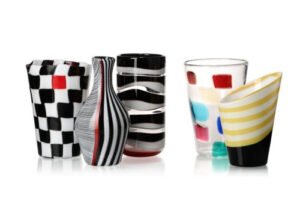 The result can be seen on the shelves of the Versace Home boutiques: blown glass exclusive vases. Since its launch, the pieces have been sought by interior designers due to the wealth of craftsmanship, which expresses the Italian passion for art and design.
Donatella Versace said she is proud of this collaboration “… because recreated some historical vases that Gianni [Versace] designed.” The items are produced in limited quantities and each numbered, reinforcing their extravagance.