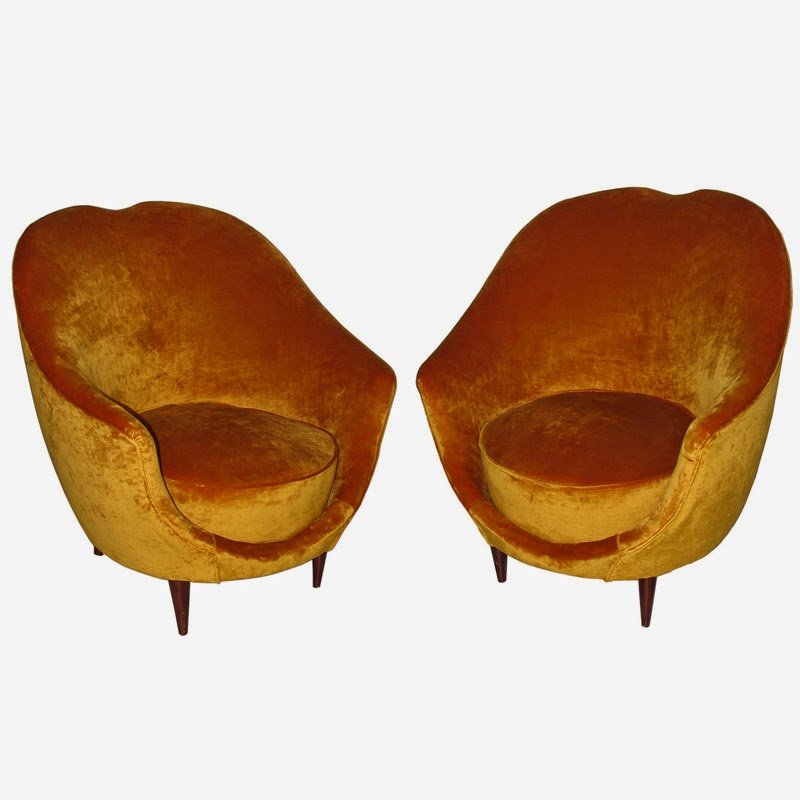 One of our favorite Italian designers, Ico Parisi takes a well deserved place in our hearts and, of course, in our inventory. We never hesitate to acquire piece designed by Ico Parisi!

Recently we found a wonderful pair of armchairs, which we let it be restored and reupholstered in a very beautiful and on fashion luxurious velvet (Ponti Gold), redoing in this way the original condition together with a fresh and updated flair! 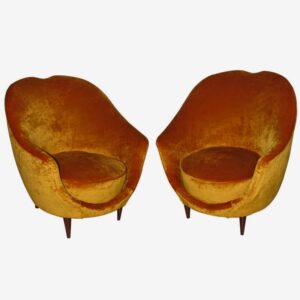 Ico Parisi was born in 1916 in Palermo, Italy. He was an important architect-designer, being involved in various works, from building construction in Como (between 1931-1935), to filmmaker (later the 30’s). He continuously developed and improved the design and architecture of the time through his founded architecture groups (Alta Quota and Gruppo Como) or organizing a series of contemporary furniture exhibitions in Como.

He married in 1947 Luisa Aiani, a former student of Gio Ponti, and in 1948 the just married couple founded the design studio La Ruota in Como, where they designed, together or independently, numerous interiors, furniture (primarily in wood and metal), glass, jewelry and architecture projects.

The early successes led to significant collaborations with companies including Cassina, M.I.M., Singer & Sons, Altamira, Longhi and Cappelini. Not least amongst these was Parisi’s long and successful relationship with Cassina that led to the Model 691 (nominated for a Compasso d’Oro in 1955), the Model 839 Conca (nominated for a Compasso d’Oro in 1955 and a Gold Medal at the exhibition Colori e forme nelle casa d’oggi, Como, 1957), and the iconic Model 813 Uovo. In response to the 813’s lauded debut in 1951, a letter to Ico from his close friend Gio Ponti, preserved in the Parisi archive, reads as follows: My dear, your egg chair is a marvel. You are a master, and all that is left for me is to retire and live in Civate in oblivion.

Ico Parisi passed away in 1996.
RETURN TO HOME PAGE