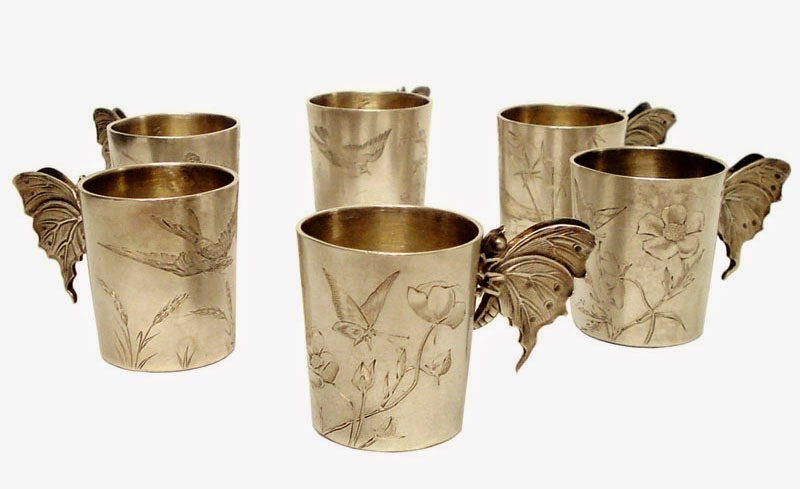 We all know what an orfevre is! …or we think we know…
The orfevre is related to the manufacture, processing or restoration of various objects made ​​of precious metals, related to worship, domestic use, furnishings or the art of the table.
Not to be confound with the jeweler although both are working with precious metal!

We present you a work of art: six silver beakers each different decorated, an exquisite model introduced by Francois Nicoud. 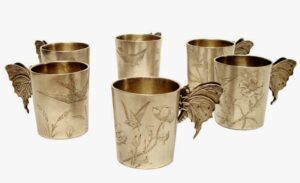 Having the handles shaped as butterflies, each beaker has a different model finely chiseled on it, with
decoration of leaves, flowers, birds ans insects.
The former owner – an old french family – had asked the folowers of Francois Nicoud to complete the missing and lost beakers they used to have and which were their daughter’s favourites, this is the reason of different marking under some of the beakers. What a pitty the plate was lost during the years!
Some of the beakers are marked under the bottom with “F.Nicoud”, some with “Tallois & Mayence Paris”, both established in Paris, at 19th Bd. de Strasbourg.
Francois Nicoud was a succesor of the Maison Lavalee, worked until around 1880, after this, the manufacture at the same address was continued by the partnership of Paul Tallois and Louis Mayence.
All the beakers are marked also with the crown punch, specific for both Nicoud and Tallois & Mayence (the iron crown).

The same model, but the complete service, comprising also a tablet and in total 12 beakers was sold in an auction, at Sotheby’s Monaco, 23rd of June, 1979, lot 328. 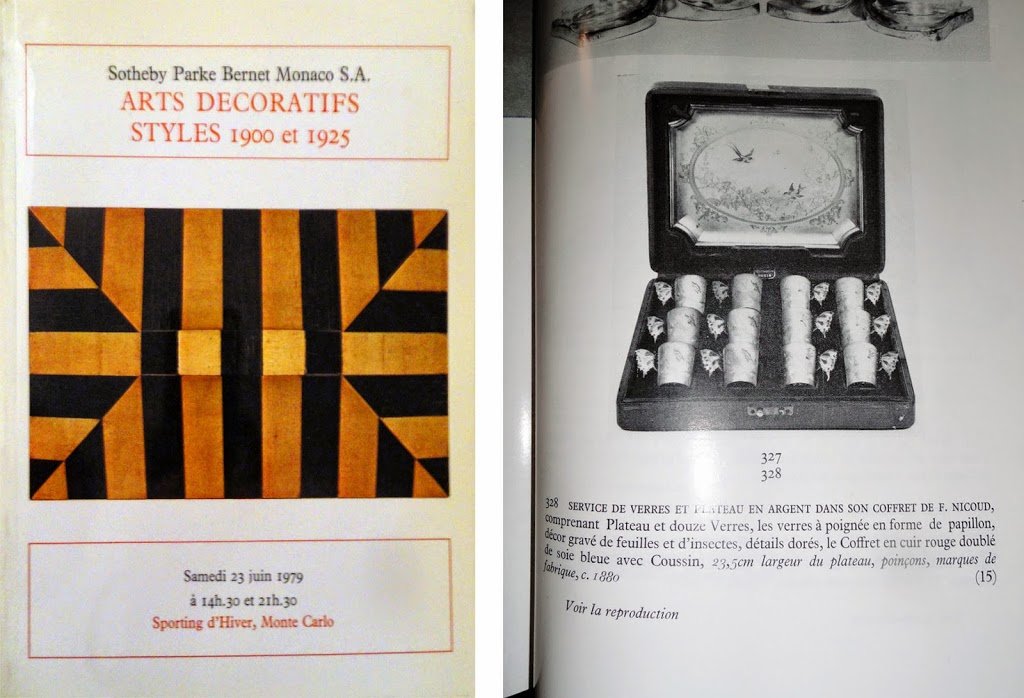 Old emblem of Tallois & Mayence inside the cover of a flatwarechest. 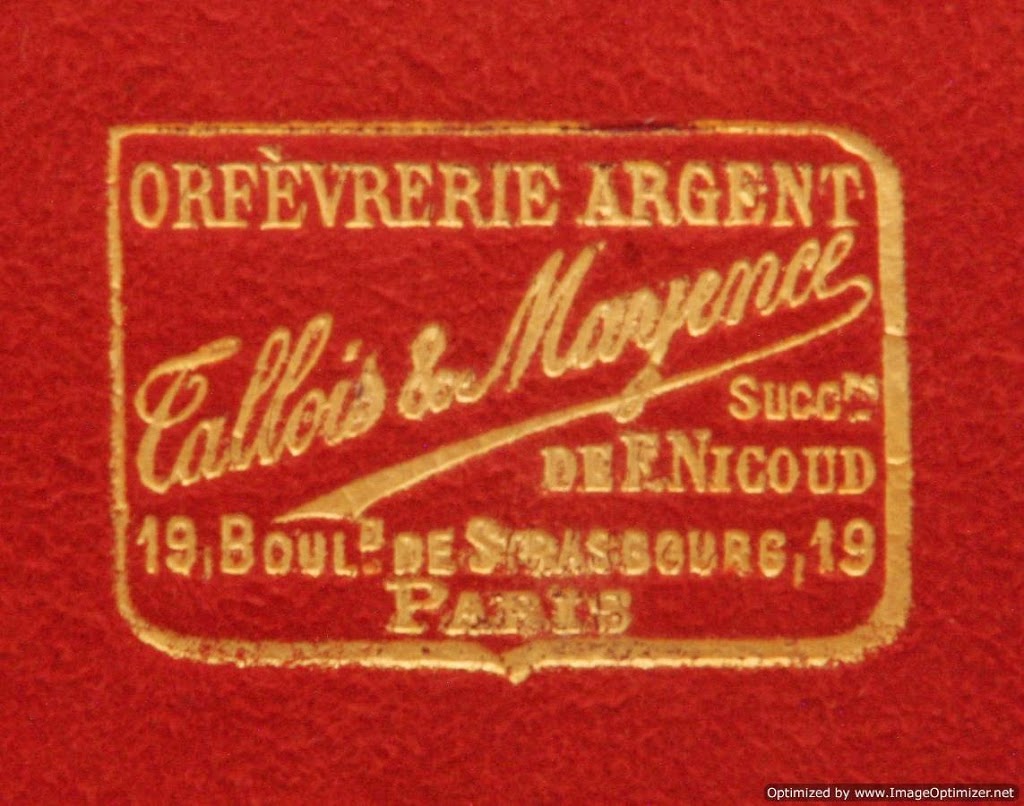