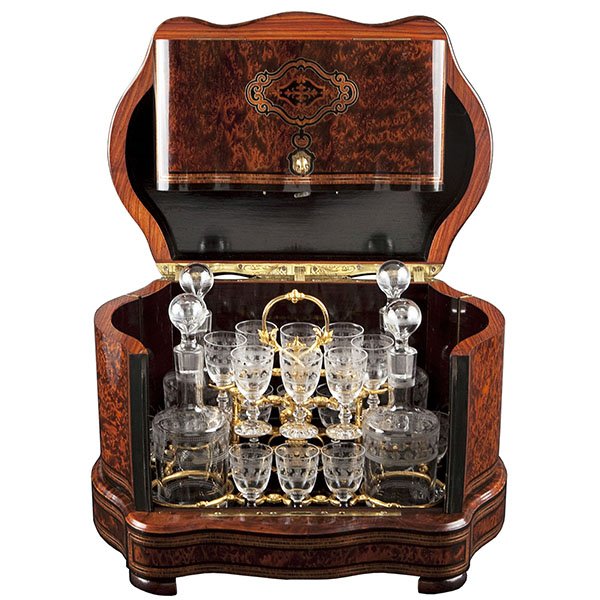 We are glad to present you a work of art, an amazing liquor cabinet made by the famous cabinet maker Alphonse Tahan, official ébéniste de l’Empereur or master cabinet maker to Emperor Napoleon III and his wife, the Empress Eugénie. 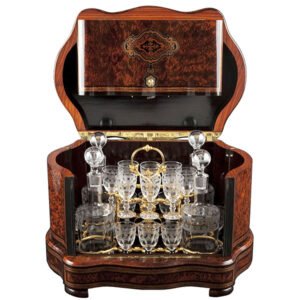 Compliments to Mme Hélène d’Helmersen, the author of this text